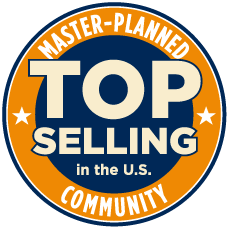 Brea Coffey was living at home with her mother in Boca Raton, determined to buy her own place. But she quickly found a disconnect between what she wanted and what she could afford.

So Coffey looked beyond southeast Florida, ultimately paying a fraction of what she would have spent on a home closer to the coast by moving to Ave Maria, a growing community with an old-fashioned feel off Alligator Alley in Collier County.

Her new, two-story $225,700 home is a 70-minute commute one way to her law enforcement job in Broward County, but Coffey, 26, said the trade-off is more than worth it.

South Florida home prices have increased sharply since 2012, heightening concerns about affordability and forcing first-time buyers and middle class workers to get creative in the search for a white picket fence of their own.

The median price for existing, single-family homes tops $320,000 in Palm Beach, Broward and Miami-Dade counties, according to the latest figures from local Realtor boards.

Over the past five years, Palm Beach County’s median has jumped 67 percent, while Broward has seen a 72 percent price hike. Miami-Dade’s median has more than doubled.

Many couples scraping by on modest incomes say they can’t touch a new home because the vast majority of construction is geared toward well-to-do buyers.

With home prices far outpacing wage growth, historically low interest rates have been a blessing for buyers, but their purchasing power is declining as the Federal Reserve gradually raises rates in response to an improved economy.

Kevin Maher, a private credit consultant and past president of the Palm Beach County Affordable Housing Collaborative, said he’s worried about a repeat of what happened during the last decade’s housing boom, when school teachers and police officers moved to other parts of the country because living in South Florida no longer made financial sense.

“They wanted to realize the American Dream, and they just weren’t able to do that here,” Maher said.

In decades past, it wasn’t uncommon for middle income workers priced out of Palm Beach County to buy homes near Interstate 95 in St. Lucie County and commute south. Broward was a popular landing spot for people who worked in Miami-Dade or Palm Beach counties.

The community is nearly 40 miles from downtown Naples. Similar to the Abacoa development in Jupiter, it has a university campus, shops, restaurants and other businesses that make up the town center.

There’s a Publix, a chiropractor and a towering Catholic church with palm trees lining the entrance. Residents mostly walk or tool around on golf carts.

In buying a home on a single income, Coffey said she didn’t want to have to work overtime just to pay the mortgage each month.

Her three-bedroom, Spanish Mediterranean home has a barrel-tile roof and sits on a big corner lot. She said there’s plenty of room in the development for her to ride her bike and play with her pit bull puppy, Cole, without having to constantly dodge traffic.

“Now that I’ve bought this home that’s so affordable, I’m able to do things – to travel whenever I want, pick up and leave whenever I want and not have to worry about finances,” Coffey said.

“Living in Ave, it’s surreal,” she added. “Looking at it, you just don’t believe it’s something real, especially in 2017. It’s really nice to get away.”

Claudia and Walter Garmon bought a four-bedroom home at Ave in December 2015 for $325,800. Walter Garmon commutes 90 minutes one way to his electrical business in Miami-Dade County, but they say it’s worth it so their 2- and 6-year-old daughters can grow up in an area with virtually no crime or even a hint of congestion.

“We’ve fallen in love with this community, even with the driving,” Claudia Garmon said. “This is what I want for my girls.”

Ave Maria is a partnership of the Barron Collier Cos. and Tom Monaghan, founder of the Domino’s Pizza chain. The community opened in 2007, in the middle of the housing bust, but the development has enjoyed a renaissance in recent years.

It was southwest Florida’s top-selling community in 2016, with 345 homes started and 295 closings, according to the Metrostudy research firm. Close to 1,200 of Ave’s 11,000 homes have been built so far.

While the area around Ave Maria is desolate now, the development is perfectly positioned for the future, Cobb said.

Like South Florida, coastal Collier County is running out of available land, so the vast majority of new construction — some 50,000 homes — will go up around Ave in the next five or more decades, Cobb said.

“The future of Collier County is right there at Ave Maria,” he said.

Coral Gables-based CC Homes has built about 500 of its 2,700 homes at Ave Maria, according to principal Jim Carr. More than a third of the buyers so far work in South Florida, and Carr said he expects that number to grow.

“The idea of getting more for your money is a very, very compelling story,” he said.

The idea attracted Andrew Sisson and his wife, Michele Manning, Coconut Creek renters who are buying a home at Ave Maria this summer. He works in cabinet hardware sales for a Pompano Beach company, while Manning does accounting work in Fort Lauderdale.

When the home is finished in June, they’ll make the 90-minute trek together in a 2016 Toyota Prius, a fuel-efficient car they just bought with the commute in mind.

Sisson, 50, said the most they could have afforded in Broward was a used town home. At Ave Maria, they get a two-bedroom home with a lake view for just more than $200,000.

“This isn’t someone else’s home — it’s brand-spanking new,” he said. “You can’t beat the price.”